Angler of the Year Leaderboard+

Established in 2013, Team Trail Outdoors was created for the everyday workingman. As avid fishermen, Donnie and Darryl saw an opportunity to bring bigger payouts to anglers and have a trail that was affordable to everyone. They developed a trail that honored their commitment to the anglers and since their beginning they strived to keep their payouts competitive. Team Trail Outdoors pays back 80% of entry fees and for those teams who wish to compete for bigger payouts, TTO offers an optional sidepot that is 100% payback. The more entries we have, the bigger the payouts, and Team Trail Outdoors has seen that growth over the years because of their dedication to keep their tournaments affordable with better payouts. With the help of sponsors dollars, every TTO event is polygraphed. This trail was designed by tournament anglers for tournament anglers. 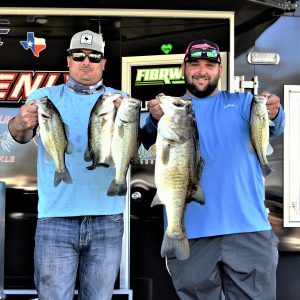 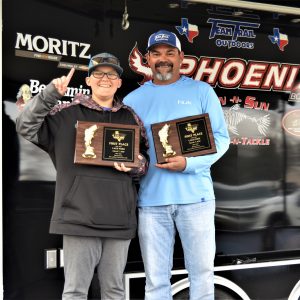 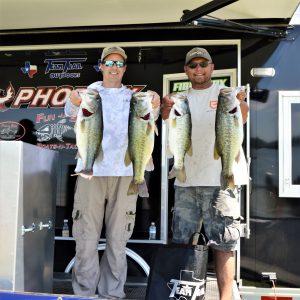 These rules apply to all contestants entering tournaments. Violations of any of these rules will result in an appropriate penalty or disqualification. It is each teams’ responsibility to know and completely understand the rules set forth for these tournaments. All contestants will be subject to a polygraph test. Failure to pass or refusal to take a polygraph test could possibly result in an immediate disqualification and banishment from all future Team Trail Outdoors LLC events. Protests must be in writing no more than 5 minutes after the weigh-in scales have closed. All decisions will be made at the discretion of Team Trail Outdoors Officials and are final and not subject to an appeal.

​Guide Rule: ​Anyone who has been compensated in any form (cash, gifts, or otherwise) to guide for largemouth, smallmouth and spotted bass 10 days prior to the start of any TTO event will not be eligible to participate in such event.

All state, local and federal laws must be obeyed. It is the responsibility of each Angler to read and know all laws.

All teams shall consist of no more than two anglers, although a contestant may enter this tournament as a one-man team. Only registered contestants are allowed in the boats during official tournament hours. Teams are generally not allowed to substitute partners. If one team member is unable to enter a tournament, the other team member has the option to use a substitute for only one tournament. Teams cannot use the substitution exception for more than one tournament, regardless of which team member exercised the option. If a team member is not available for another tournament, the other team member must fish said tournament solo. If a team uses a second substitute, it will constitute a new team. With the exception of an emergency situation, both team members must stay in entered boat at all times during official tournament hours. If, for any reason, a team member has to get out of the boat, all fishing must stop until both team members are back in the boat. Tournament Directors must be notified any time a team member exits the boat (Donnie Moore 817-896-2309, Darryl Roach 817-475-3732). Contact information is included on cards with boat numbers and weigh-in times.

Off limits begins at midnight at the conclusion of the Sunday before the tournament until the tournament begins. Official practice day Friday before each event ONLY with a paid entry before launching your boat. Official practice is from safe light until 5:00 p.m. Anyone who participates in or is involved in the unsportsmanlike and unethical practice of catching fish and relocating them to an area on tournament waters that traps them with the intentions of catching them on tournament day will be disqualified from these tournaments as well as all future Team Trail Outdoors LLC events.

The use of drones is strictly prohibited. This applies for all practice and tournament hours.

All teams must have a United States Coast Guard approved life vest on and buckled anytime the outboard is in gear. Waist belts are not acceptable for use while moving to another location. The driver of each vessel must have an emergency kill switch connected to his life vest anytime the outboard is in gear. Team Trail Outdoors LLC Staff reserves the right to make any changes for safety precautions. No alcohol or illegal drugs are allowed during tournament hours.

All teams entering tournaments are expected to show true sportsmanship and common courtesy at all times. No fishing is allowed 25 yards of another entered team without mutual consent. No team at any time, shall block an entry to a fishing area that is considered a public waterway.

All events will be a numbered takeoff, unless otherwise stated by TTO Officials. Boat numbers will be drawn at registration of the event. Weigh-ins will be staggered flights and those flight times will be determined by each teams boat draw. All teams must be in line with their catch no later than the times given on their flight. ANY TEAM WHO FAILS TO BE IN LINE WITH THEIR CATCH BY THEIR FLIGHT DEADLINE WILL BE ASSESSED A 1-POUND PENALTY PER MINUTE UP TO 15 MINUTES. AFTER 15 MINUTES, THAT TEAM WILL NOT BE ABLE TO WEIGH THEIR CATCH.

All areas marked by state, federal, local authorities and areas determined by Team Trail Outdoors LLC Staff are not allowed to be fished (no exceptions). All bridges (marked or unmarked) are considered no wake zones. No fishing within 50 feet of an operating gas pump.

Only one rod and reel may be used at any time by each team member. No trolling is allowed. When sight fishing, all bass must be hooked in the mouth to be considered a legal catch. All fish must be caught alive and on artificial bait with the exception of pork rinds.

Only black bass, smallmouth and Kentucky spotted bass will be allowed to weigh. Team Trail Outdoors LLC will utilize length requirements set forth by the governing officials at each event and will be announced during registration of all tournaments. The official measuring board will be the PRO RULE. Only five fish are allowed in the live well at any time during tournament hours. No culling of dead fish. A dead fish cannot be weighed in for big fish competition. There is a 1 pound penalty and loss of fish for any fish not meeting size requirements. There is a .50 pound penalty for any dead fish brought to the weigh in. All live bass become property of Team Trail Outdoors LLC after they are weighed and will be released back into tournament waters immediately after weigh-in has concluded. Any dead fish remain the property of the Angler and must be disposed in accordance with State and/or local regulations.

Team Trail Outdoors LLC will use a points scoring system to determine championship eligibility. (example: 1st place gets 200 points, 2nd place gets 199 points and so on down to the last team weighing a fish.) Any team who fails to weigh in a fish at any tournament will receive 30 points less than the last weighing team. The team with the most accumulated points at the conclusion of the final qualifying event will be crowned Anglers of the Year. Anglers of the Year will be rewarded with free entry to all qualifying events and the championship in this division in 2024 (doesn’t include side pots or membership fees). Anglers of the Year will also be qualified and have paid entry to the 2023 Kings of Cowtown tournament.

The championship will be a two-day accumulated weight tournament. To qualify for the championship, you must have a paid entry to all 4 qualifying events. There will be a 2 week off limits period for this event with an official 3-day practice period before the start of the tournament. Specific dates and times will be sent to all qualifying teams.

Angler of the Year Leaderboard+